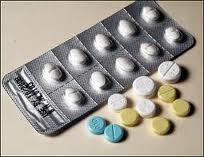 Skeletal muscle relaxants, or just muscle relaxants as they are less precisely, but more commonly known, are a wide and diverse group of medications. They are not really considered a drug class on their own, since there are wide pharmacological and structural differences among them. Most muscle relaxants like Carisoprodol, or Soma are used to treat two different types of health conditions.

The conditions for which Soma and other muscle relaxants are used are muscular pain that comes as an effect of muscle spasms, and moderate to severe muscle spasticity. Although there are a lot of different medications and chemicals that have a “muscle relaxing” effect, the FDA has issued the necessary licenses and approvals needed for treatment of muscle spasticity to only a handful of medications in this group. All the others are approved only when it comes to treatment of conditions that can be described as muscloskeletal, IE affecting the large skeletal muscles.  These drugs include Soma (Carisoprodol), Lioresal (Baclofen), Paraflex, Skelaxin, Norflex and Zanaflex, Dantrium and other brand name or generic drugs based on Baclofen, carisoprodol, cyclobenzaprine, chlorzoxazone, methocarbamol and other chemicals that fall under the broad muscle relaxant category.

Obviously, there are quite a few choices, but the length of time it’s been on the market coupled with it’s high efficiency and the low chance of developing side effects make Soma (Carisoprodol) the preferred choice when it comes to the treatment of conditions that affect skeletal muscles, such as lower back pain.

What are muscle spasms and how do muscle relaxants like Soma work to relieve the pain from them?

The medical definition of a muscle spasm is “A muscle spasm is identified by a abrupt, involuntary contracting of one or more skeletal muscle groups”. It’s usually an acute, rarely a chronic condition, and it’s most often associated with muscle strain or sprain. A strain is defined as a partial tear in the muscle tissue, and the definition of a muscle sprain is a partial or even complete rupture of a ligament. Most common conditions that Soma is used for include tension headaches, fibromyalgia, myofascial pain syndrome, and most commonly, mechanical injuries that result in the neck or lower back pain. If these conditions and injuries are followed by muscle spasms, those are most often caused by localized factors that involve the affected groups of muscles, and Soma and other muscle relaxants are extremely useful and invaluable in reveling the pain and discomfort that they result in.

A host of clinical studies have shown that muscle relaxants are more effective than both placebo and general pain killers when it comes to the treatment of acute musculoskeletal issues that are followed by moderate to severe pain and spasms. They were still efficient, though less consistently for treatment of chronic musculoskeletal disorders. Although they were efficient when used alone, they shone when used in combination with otherwise ineffective analgesics. All studies show that a combination of a Muscle Relaxant such as Soma with a general, over the counter analgesic is the most effective way to treat muscle pain and spasms, and has very few side effects.